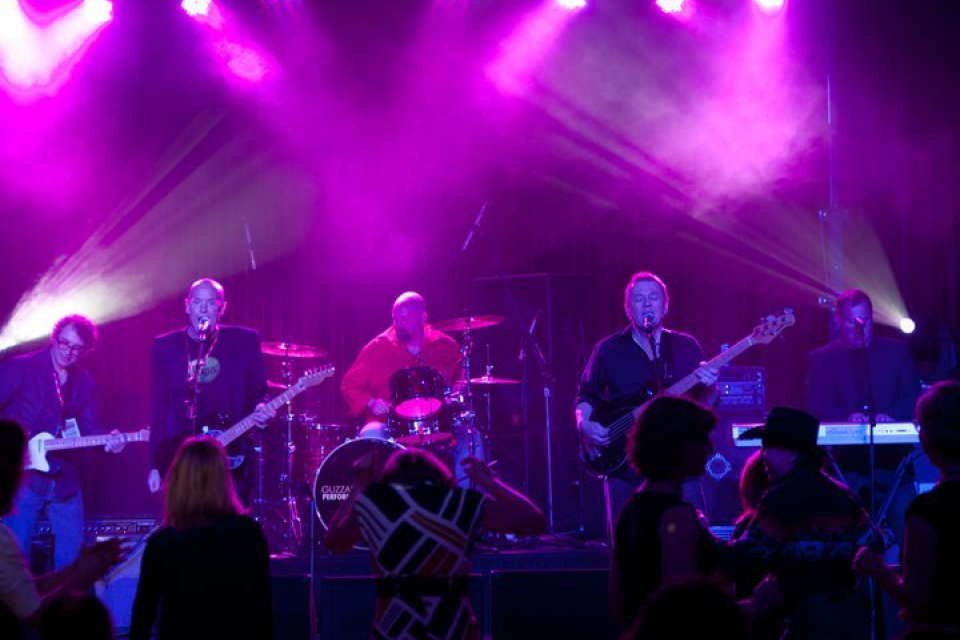 Men of Our Times

The Men of Our Times is a well established band based out of Rockford, Il, specializing in great dance music popular with all ages and audiences. At every performance you're likely to hear classic songs spanning several decades of music, perfect for private party events and wedding reception entertainment.

With a huge fan base and support over the years, the band has broadened itself through numerous appearances at regional festivals and local establishments. although Private parties make up the majority of performances, and beginning 2017 the band will be dedicated almost completely to the private party performances. The best way to check for where the band will perform is to face book at Men of our Times, or check the events calendar on the web site.

The Men of Our Times share a connection to their songs much like the original artists would have, and when you grow up with them, you want to perform them the way they were meant to be remembered. It is a love of the songs themselves, along with the energy obtained from audiences and dance crowds that continue to contribute to their longevity and noteriety.  The Men will mix it up, get the party going and keep it going.

Making people feel good through performing music is special, a priveledge, and a pretty good job to have. The Men are aware of that, and truly appreciate our great fans that support us. Thank You !

The Men of Our Times,  took their name from the 1980 Genesis' song "Man of our Times", and played its first job at the grand opening gayla party for the dignataries invloved with the new Rockford Metro Centre, ( January 31/1981 ) . The original members for that job were keyboardist and vocals, John Dutmer, then drummer and vocals, Pat Doherty, bass player and vocals Gary Rothmeyer, guitar and vocals, Jim Parthun, and a one time appearance with the band, Kathy Wroebel, vocals.

Greg joined the band 5 years after and has been an integral part of the lineup since. Todd joined in 2005.

In three decades, there have been 4 others involved, the Bogdonas bothers, Ed and Steve ( drums and guitar ), Jim "Rockonly " Conley (drums) and Leslie Ciaccio ( vocals ) All who contributed immensely to a very committed lineup of musicians that has given the name of "the Men of Our Times" a remarkable run of consistency in great music, and it continues on stronger than ever.

or the past few years, the band is now fortunate to have the vocal talents of Gina Meeks accompany the group. Gina has been singing with the band when possible, keeping her own perfomance schedule with other acts as well. She is quickly  becoming a well known, and respected regional performer.

In  2010 the Three Good Men made their first appearances on the local scene.  The group had originally done acoustic show sets a decade earlier with Jim Conley in the band, and always has had a fondness to keep a version going. This year the timing seemed right, and it has taken off again.

3GM is  Greg, Gary and Pat in a lighter , close up , interactive, participative, and acoustic version of the band, perfect for deck parties and smaller venues. 2011 found the trio on the banks of the Rock River at many local establishments, and social club events.  All of the public appearances for Three Good Men are included on the Men of Our Times Calendar.

We look forward to these shows also, and know you will enjoy a night out with 3GM. You might be surprised by the diversity of song selections too.